If It Ain't Broke, Remix It 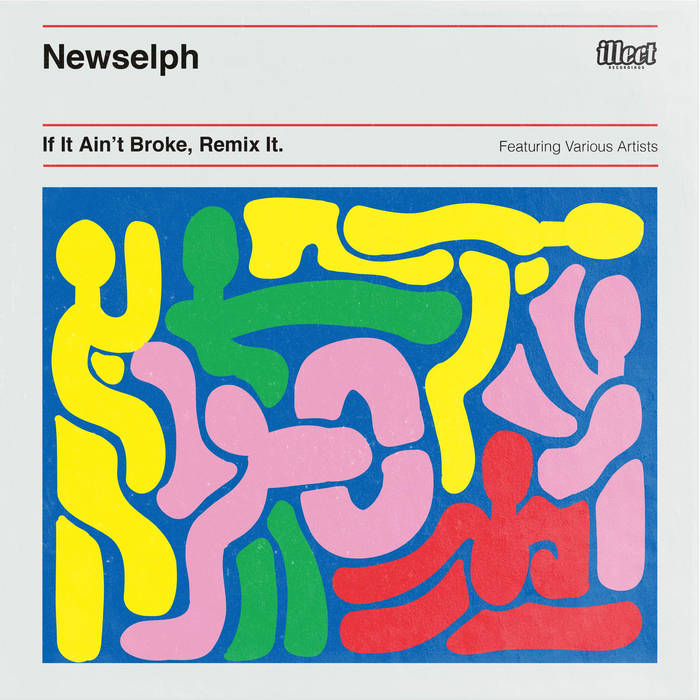 bagsune2 This album needs its own vinyl release w/ the instrumentals ;) it’s excellent

The old saying goes, if it ain't broke, don't fix it. But why not? Cautious safety can stunt creativity, hinder growth, suppress creativity and render innocent curiosity. The story of humanity is rife with examples of luminaries who dared to be like Daniel, challenge the status quo, and reinvent the wheel to push things forward.

From the cold corners of the Canadian soil, Illect's Newselph returns with some fiery furnace baked heat in the form of a remix album. On If It Ain't Broke, Remix It, Newselph carries on tradition in the spirit of Hip Hop legends like Pete Rock, Erick Sermon and Buckwild in the sacred art of remixing and refixing. Like the boom baptists before him, Newselph's ear hears transmissions reserved for angels and dolphins. He takes tracks that in their original incarnations are perfectly fine, banging even, and gets all up in the inner workings of said slaps to create something entirely different. For his latest release, he mines his backyard and reworks ten tracks from his Illect labelmates.

The lead single, Those Were The Days, features the UK's Kinetik and BREIS. Newselph turns breezy into bluesy, and the track morphs into a makeshift teleportation device to a simpler time when fat laces, arcade games and handwritten letters reigned supreme.

The Flowers remix features Jurny Big and Brand Nubian's most recognisable voice, Sadat X. The two emcees come together to the world and the roles they play within it. Newselph's push-and-pull guitar groove would fit perfectly as the backdrop for a campfire convo filled with nostalgic stories and witty anecdotes.

Things get deeper than Atlantis on Matters Of Man, where Newselph again links up with his man, Sareem Poems, and one-third of the Ugly Heroes crew, Chris Orrick. Serving up a healthy slice of adult contemporary musings, the two rhyme writers break down this thing called life with the kind of knowledge, wisdom and understanding that would make King Solomon chill. Like watery clay in the hands of Sam Wheat and Molly Jensen, Newselph scrapes and shapes a rubbery bassline, dreamy droplets of keys and pensive melodies into a reassuring ode of optimism.

Other guest appearances on the album include Sivion, Sojourn, MidCentury Modern, Ozay Moore, Dre Murray, DJ Because and many more. Like the classic TV show The Wire, all the pieces matter, and the sum of parts come together seamlessly to form something more meaningful.

Kintsugi is the Japanese art of repairing broken pottery by mending the areas of breakage with lacquer dusted or mixed with powdered gold, silver, or platinum. From a philosophical standpoint, kintsugi treats breakage and repair as part of the history of an object rather than something to disguise. The same is true of If It Ain't Broke, Remix It. Even though Newselph deliberately 'broke' and took these original songs apart, he lovingly rejoins the estranged elements and puts them back together while adding new chapters to an ever-evolving story. The cracks become contours, and there is much more to discover beyond the seemingly chipped edges. With this masterful work, Newselph adds a new vivacity to the lifeblood of the remix and makes a strong argument as to why remixes should remain, if not more so, a staple in Hip Hop music and culture.

If It Ain't Broke, Remix It is out on Friday, 9th December 2022, on Illect Recordings.

The Hammer and The Relentless from the Boston band Malleus stop by for a chat.